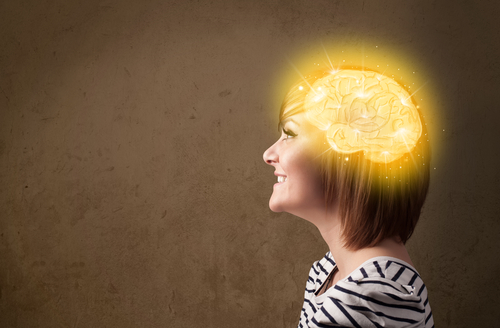 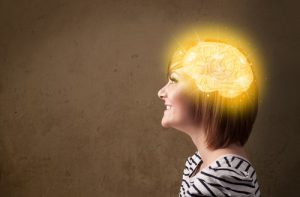 Would you like to be a more positive person?  You can.  It turns out that you just need to learn a few simple ways to trick you brain into letting you be happy.

Our brain is naturally wired to be attentive to negative stimuli. Negative thoughts, experiences, or images trigger a structure called the amygdala which is the fear/threat system in our brain. This part of our brain is often hyperactive in an attempt to keep us safe from potential danger, however psychologists at the University of Miami have found that it might have a negative impact on our long-term psychological health and happiness.

If you are struggling with anxiety and would like more resources for calming your mind and living a more positive life,

Psychologists have found that even small amounts of negative stimuli can have a large impact on our overall happiness, stating, “Suppose you drop your morning coffee and it splatters everywhere. Later a colleague drops by to say hello. Do you grumble a testy acknowledgment, or cheerfully greet her?” This example demonstrates that “how a person’s brain evaluates fleeting negative stimuli — such as that dropped cup — may influence their long-term psychological well-being.” Lead researcher of this study, Nikki Puccetti, stated, “One way to think about it is the longer your brain holds on to a negative event, or stimuli, the unhappier you report being,”

The results of this study revealed that people whose amygdala held on to negative stimuli for fewer seconds were more likely to report more positive and fewer negative emotions in their daily lives — which spilled over to a more enduring well-being over time.

So how do we teach our amygdala to hold onto negative stimuli for less time in order to increase our overall happiness?

Focus on gratitude—When we intentionally focus on what we are grateful for, we create greater activity in our hypothalamus, hippocampus, and balance our amygdala. The hypothalamus and the hippocampus are primary brain structures that regulate emotions, memory, and bodily functioning. Focusing on gratitude is a helpful way to increase our psychological well-being as well as our physical health. Practice gratitude by writing a gratitude list and adding to it as you move through your day.

Recognize the Gift—Don’t fall into the trap of assuming that you shouldn’t say “thank you” to someone who is “just doing their job” or “just doing what they are supposed to do.”  There are lots of people who don’t do their jobs and fail to do what they should.  The fact is, it takes effort to try to do what’s right and fulfill our responsibilities to one another, and it’s an effort that deserves to be recognized.  In a world that sees people as objects and takes everyone for granted, we Christians have a special duty to remind each other, and the world, how important each and every person is in the eyes of God and how precious a gift it is when someone does something–anything–to make our lives a little easier or more pleasant. Be that person who recognizes the gifts others give you today.  Acknowledge everything someone does for you today with a simple “thank you” and a smile.

Celebrate the People In Your Life–Is there someone you especially appreciate? Someone who makes a difference in your life just by being who they are?  When was the last time you told them how important they are to you?  Today, take a minute to actually hand write a short note to tell them how much they mean to you.  You might thank them for something specific they did, or for how they make you feel, or just thank them for being in your life. Let them know what a gift they are to you and how you wouldn’t be the same without them.  Then drop it in the mail or leave it someplace where they can be surprised to find it later on.  It doesn’t take much effort, but you’d be surprised by how much of a difference  this little effort can make.

For more resources on increasing your mental health and well-being, visit us online at CatholicCounselors.com!