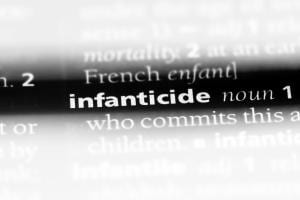 Like so many of my fellow Catholics, I have been truly sickened by the NY Legislature’s passage of the law allowing abortion up to birth.  Worse, the bloodlust is spreading as other states are either passing or considering similar legislation.

In light of the NY law’s passage, most of the public conversation has focused on whether Governor Cuomo could or should be excommunicated.  I would absolutely  support such a canonical response to Cuomo’s advocacy of what I believe are moral (if not legal) crimes against humanity.

Unfortunately, even conservative canonists (most notably, Ed Peters) argue that there is not clear path by which to accomplish this.  Moreover, both Cardinal Dolan and Bishop Scharfenberger (Cuomo’s Ordinary in Albany) have stated that excommunication is not an appropriate response. On top of this, it has been observed that Cuomo is already voluntarily refraining from communion for his illicit relationship with celebrity cook Sandra Lee. It’s not unreasonable to ask what difference piling excommunication on top of this would make.

All that said, while I support canonical sanctions, I wonder if all this talk about canon law isn’t missing a larger opportunity. The goal of any initiative cannot be to merely find some punishment to apply.  We need  a long-term, corrective strategy.

Specifically, I think there are several vigorous pastoral responses that could be even more effective than canonical penalties (which often just look like so much inside baseball to all but the most devout). As a pastoral counselor and professor of pastoral studies, I would like to offer a few examples of actions that I think would be appropriate and impactful.  To be clear, I am not necessarily saying that any/all of the following must be done.  Undoubtedly, some of the following ideas are more doable/practical/impactful/appropriate than others.  But I think all are worth considering. More importantly, I would like these ideas to start a conversation about other pastoral initiatives that could be applied to address this crisis.  Remember, being pastoral doesn’t just mean being “nice.”  It means using the tools at one’s disposal to respectfully call people to conversion and build the kingdom of God.  Sometimes that means being gentle.  Sometimes that means being more assertive.  But at all times it means doing what must be done to glorify God and and work for the common good in the face of grave injustice.

Here are my suggestions for getting this conversation started.

*Call It Like It Is–Let’s face it.  This latest initiative isn’t about abortion.  Being permitted to kill a child up to the day before it is born it not abortion.  It is legal infanticide. Pure and simple. As such, every bishop, pastor and lay Catholic should, in media interviews, pastoral letters, prayers of the faithful, and other public communications, refuse to characterize this law as “an expansion of abortion” and refer it–properly–as either “infanticide” or the “legal murder of infants.”

*Mandated Petitions–Until this grave moral injustice is overturned, the bishop of every diocese containing a legislator who voted for this abhorrent law should require that those legislators be named in a petition at every Mass. The specific petition should ask for God’s mercy for the legislator and should ask that God would call that legislator to experience “either a radical conversion of heart and a firm resolve to correct the moral crimes they have committed or that God would facilitate the legislator’s speedy removal from office for their abuse of power in favor of legalized infanticide.”

For example: “Let us pray that God would pour out his mercy and justice on Governor Cuomo (and other legislators in the district):  That he would either experience a radical conversion of heart and resolve to correct the injustice he has committed against the children of New York, or that God would remove him from office in light of his abuse of power and advocacy of legalized infanticide. Let us pray to the Lord.”

It should be required by the bishop that a petition like this would be said at every Mass until the law is overturned.

There should also be a required petition begging for God’s mercy and a conversion of heart for all clergy and laity who have failed, and continue to fail, to promote the cause of life.

*Public Repentance–It isn’t just Cuomo or the other legislators who made this happen.  These lawmakers were put there by voters–many of whom are Catholic.  The blood of these children is on every person who voted for the monsters who made this possible. The bishops whose dioceses incorporate these districts should institute diocesan calls for days of strict fasting, abstinence and other penances. There should not be exceptions made for things like St Patrick’s Day or St Joseph’s Feast Day, etc.  It should be made clear that any person who is capable of participating in these acts of communal penance, but does not participate in them, should refrain from communion.

*Priestly Training and Discipline–The bishops should require each pastor to attend ongoing trainings in pro-life advocacy and teaching the truth about the Catholic vision of love and sexuality. Pro-life initiatives like 40 Days for Life and other programs must be actively encouraged and promoted throughout the diocese.  Each pastor should be required to present the bishop with his plan for directly promoting the pro-life movement in general (as opposed to merely promoting initiatives that might indirectly impact the rights of the unborn), and the overturn of this unjust law (and the conversion/removal of these unjust legislators) in particular. Failure to actively develop and promote such a plan on the parish level should be dealt with as a public act of defiance to one’s bishop.

*Active Promotion of Pro-life Activities And Comprehensive Ethical Education of the Laity–As above.  There should be a doubling-down of efforts to encourage all lay people to become actively involved in advocating for pro-life causes. It should be made clear that–especially in light of this crisis, there is no excuse for anyone to not be actively involved in the fight to overturn abortion and infanticide at every level and for every reason. It must be made clear that this is non-negotiable.  There must also be a comprehensive and serious effort made to educate the laity , not just about  what the church teaches about sexuality but why and to what end.  Quoting catechism verses at people and calling it a day is nonsense, and largely, that’s all the clergy has done. Bishops need to demand that their priests learn and teach there fullness of the truth of Catholic anthropology and morality (again, not just the “what,” but the “why” and to “what end?”)

It is ultimately the failure of the clergy to take this responsibility for the moral education of the laity seriously that has led to this nightmare.

*Symbolic Protests-–Every Catholic parish, school, hospital, and institution should be required to fly their flags at half mast in mourning for the legalization of child-murder in the State.  ADDITIONALLY, it should be require the New York State flag to be flown upside down.  Flying a flag upside down is traditionally recognized (in federal law) as  “a signal of dire distress in instances of extreme danger to life or property.” This practice should continue until the law is overturned and the offending legislators have a conversion of heart or are removed from office for their abuse of power and moral crimes against the common good.

Likewise, I think it would appropriate  for the Bishops Conference to stage a symbolic, public funeral for the “death of the moral conscience of New York.” At this event, then conscience of each legislator who voted for this measure should be symbolically “buried.”

As I said above, some of these ideas may be more or less appropriate, impactful, or workable than others. I don’t mean for this to be an exhaustive list.  My intention is to start a conversation by helping people realize that, in addition to whatever canonical penalties the bishops may or may not ever find the will to apply, there are many other serious, dramatic and effective pastoral initiatives that could be used to respond to this horrific situation.

I would suggest that we, the laity, should not focus our efforts solely on demanding canonical penalties, because we are too easily dismissed as ignorant or reactionary when we do. Plus, they have limited effect even when they are imposed.  Instead, we should demand that the clergy use every canonical and pastoral means at their disposal to address these moral crimes against humanity and fulfill the prophetic mission of their office.  The fact is, the refusal to preach and teach clearly, convincingly, and with conviction on matters of sexual morality is what has led to this horrific state of affairs. We need to demand a comprehensive, pastoral response that calls the legislators and voters in these districts to repentance or removal from office.  We need to make it clear any weaker response from our bishops and pastors will be seen as a radical betrayal of their office and an abdication of their call to teach, govern and sanctify.

Enough is enough.  The blood of the innocents cries out to heaven for justice.  May God have mercy on all of us.