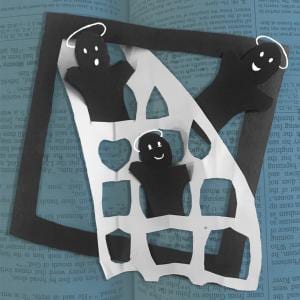 “Come after me, and I will make you fishers of men.”

It’s one of those passages that we’ve heard so often we take it for granted. But have you stopped to think what an odd statement it is? What a truly unique message it is in the context of the world’s religions?

Every other group on earth rates their success by how well their doing. Their leaders and their gods promise them that, if they do what they’re told, they’ll thrive. They’ll eat well, they’ll rule over great lands, they’ll smite their enemies. These are attractive promises! But they’re not the promises that Jesus makes.

That’s not to say, of course, that Jesus doesn’t promise to provide for us. He does, on several occasions. But these promises are secondary and far from the point. His first and primary promise? “Come after me, and I will make you fishers of men.”

With a simple turn of phrase, Christ forces his disciples to turn away from fish – the means of their livelihood – and towards human relationship. In doing so, he intentionally sets up the whole ruler by which we measure the success of Christianity.

As Christians, we don’t measure the holiness of a person by what he wears or what he eats or how much wealth he’s acquired; we measure him by the quality of his relationships. As Catholics, we don’t assess family life by how many rosaries are said, how many chores are accomplished, or how many little league trophies are won; we assess it according to the quality of the relationships in the home. And how do we evaluate the success of a parish, of our worship spaces? Not by the gold of the altar or the donors who patronize it, but by the strength of the community inside.

Christ’s entire standard for those who follow him rests on how much we are able to put our focus on and our goals in relationship. It’s a radical departure from the expectations of the world, but it’s the only ruler that will lead us back to him.

Jacob Popcak, M.A., L.P.C. is an award-winning Catholic artist and a counseling associate of the Pastoral Solutions Institute. He can be contacted through CatholicCounselors.com.